The Pursuit of Excellence Class was established to recognize and honor outstanding young alumni for their contributions to Gallogly College through engagement, investment, and advocacy. We are proud to present the inaugural class. 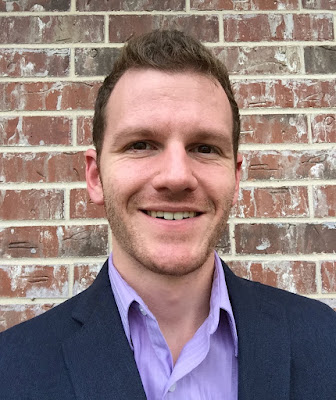 Drew Harnish is a native of Ft. Worth, Texas and earned bachelor and master degrees in industrial and systems engineering in 2009 & 2011. His fondest memory from his time at OU was performing in the 2007 Macy’s Thanksgiving Day Parade with the Pride of Oklahoma band.

Harnish serves on the OU Young Engineering Alumni (OUYEA) Advisory Board, is a member of the Institute of Industrial and Systems Engineers, and a corporate recruiter. He values connecting students with industry and mentoring. He credits it all to the positive experiences he had as a student.

In addition to Gallogly College, Harnish is involved with the OU Alumni Band, Kappa Kappa Psi. He enjoys playing music, trying new food, cocktail recipes and hiking. He is living in Fort Worth with his wife, Katie, son Everett, and their dog Penny. Harnish would like to build an enduring relationship between Lockheed Martin and OU, mentor students, and serve on the ISE advisory board or similar role.

Pro tip: “There are many ways to engage, so look for the ones that matter to you.” 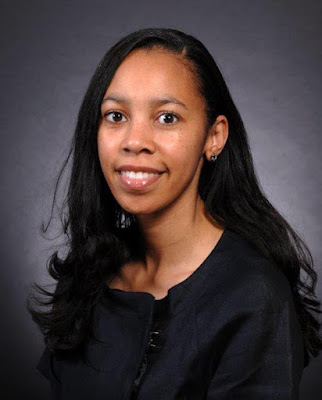 Lauren Haller came to OU from Houston, Texas and earned a degree in mechanical engineering in 2005, followed by her juris doctorate from OU in 2008. As a student, she spent her time involved in Engineers' Club, the National Society of Black Engineers, and Society of Women Engineering.

Haller is a member of the Dean’s Advisory Board on Diversity and the Felgar Society, and she is a supporter of Gallogly Hall. “My education and educational experience is directly correlated with my professional success. Staying engaged allows me to impact future generations of engineers by offering my time, talent and treasure.”

In addition to Gallogly College, Haller supports the Leukemia & Lymphoma Society. She also enjoys writing, traveling, playing golf and spending time with her husband, Michael Fontaine II and their 2 year-old-son. Haller has goals to continue and expand on her involvement with the Gallogly College via Board service and enhanced giving.

Pro Tip: “Giving back to the Gallogly College is an opportunity to show gratitude and to help future generations gain a quality education.” 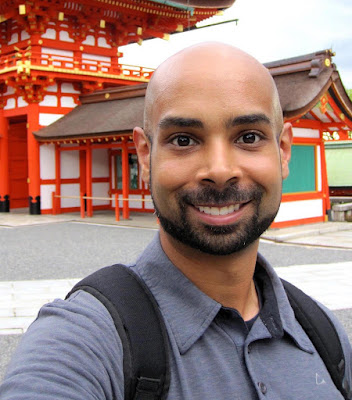 As an alum, Hollinger serves on the School of Electrical and Computer Engineering Advisory Board and as a Holmes Engineering Leadership Program mentor. He is also a member of the Felgar Society and even hosted a group of female students from Computer Science when they visited IBM in 2016. He enjoys staying in touch with current students and recent graduates to help them navigate career choices.

In his free time, Hollinger enjoys running and cooking. He and his fiancé, David, live in Austin with their cat, Molly, and dog, Link. They will be getting married in 2018. He wants to continue his involvement with Gallogly College and be a “force multiplier and role model for the next generation of engineers and students.”

Pro Tip: “Giving back takes multiple forms. That can be through moral support, technical support, or financial support. Find out what's needed, and consider what you have to offer.” 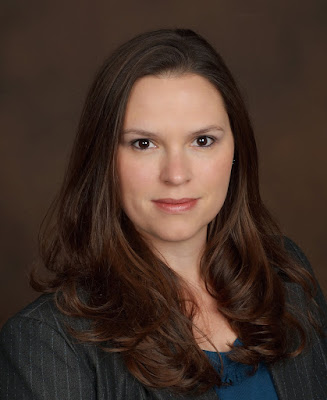 Laura Lopez is originally from Yukon, Oklahoma and earned her degree in chemical engineering in 2006. As an active student, her fondest memory was getting engaged at the E-Week banquet to the engineering king, Ben Lopez.

Lopez is a passionate supporter for Women in Engineering and serves as a Holmes Engineering Leadership Program Mentor, corporate recruiter and advocate. She is a member of the Felgar Society and supporter of Gallogly Hall. Lopez and her husband have endowed a scholarship to support engineering students. “It is important to me to give back to students that were just like me. I enjoy mentoring and coaching them to achieve something maybe even bigger than what they thought they could do.”

Lopez enjoys camping, hiking and cooking with Ben and their two daughters. She plans to continue her support of future engineers through scholarships, mentorship and guidance.

Pro-tip: “Everybody can have an impact on others. Our future society needs engineers. It is important that you use your success and skills to influence the future.” 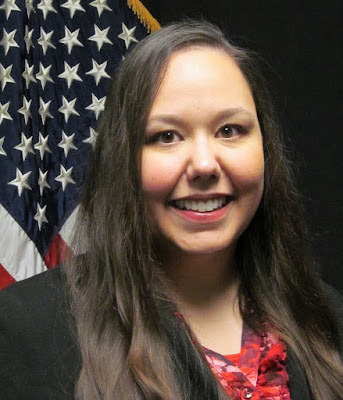 DeLanna Mead came to OU from Lawton, Oklahoma and earned a degree in mechanical engineering in 2005. Her fondest memory as a student was attending the 2000 Orange Bowl with her mom and cheering on the team to victory.

She is a member of the Dean’s Advisory Board on Diversity, a Holmes Engineering Leadership Program mentor, corporate recruiter and regular guest speaker for the Society of Hispanic Professional Engineers, American Indian Science and Engineering Society, and Gallogly College Diversity & Inclusion Program. “I received an outstanding education at OU, primarily due to the generosity of others through scholarships. I feel that it is my duty to ensure that the next generation has the same opportunities. It is about trying to make the world a better, brighter, more educated place.”

Pro Tip: “You can start small and build your gift as your career takes off. Remember that your time and talent is needed and appreciated too.” 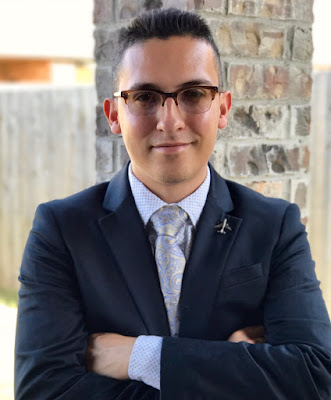 Guillermo Morales is originally from Oklahoma City and earned a degree in aerospace engineering in 2013. He enjoyed his time on campus and still recalls the excitement he felt as a freshman.

Morales serves as a corporate recruiter and advocate and works closely with Gallogly College Diversity & Inclusion Programs. He wants students to achieve excellence in their college careers and prepare them for life after college.

Morales is also active in his community with the YMCA HS Mentorship Program, and service on multiple boards, including the Cristo Rey Catholic High School, Capitol Hill High School Engineering Academy and Foundation for Oklahoma City Public Schools, and as chairman of the Boeing Oklahoma City Diversity Council. He enjoys volunteering and spending time with his wife, Tracey, family and friends. He plans to continue to champion education and to promote diversity and inclusion.

Pro-tip: Giving back is contagious; it’s a chain reaction. If you help one person, they might be motivated to help others. 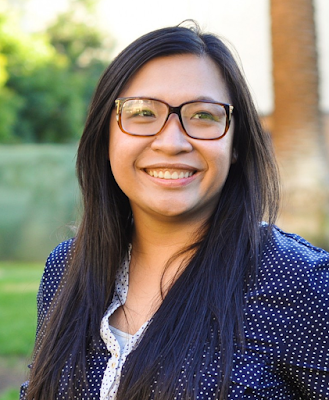 Kelly Tran is originally from Ho Chi Minh City, Vietnam and earned her degree in computer science in 2009, at the same time as her sister, who was also studying chemical engineering. It’s not surprising that graduation was her favorite memory - not only because it gave her the opportunity to thank all those who helped her along the way, but she shared the OU commencement stage with Sam Bradford.

Tran serves on the advisory board for the School of Computer Science and supports the Center for the Creation of Economic Wealth. She is a host for OU MBA study abroad program in Vietnam. She regularly recruits OU engineering graduates to her two companies with operations in Oklahoma, California and Vietnam. In 2015, she was named the Most Admired Oklahoma CEO by The Journal Record. “I have taken a lot of love, support, faith, knowledge, you name it, from this excellent institution. It's only natural that I give back by staying involved.”

Tran also works with kids through Hours of Code and Code.org, and is an active mentor to Creative Oklahoma, Little Ones Ministries, StartX accelerator by Stanford, Bill & Melinda Gates Foundation, Google for Entrepreneurs, Women's Startup Lab, 500 Startups, VIISA, Korean Startup Grand Challenges, and Lean In chapters. Her passion is to place women and girls in the center of innovation. Tran regularly travels the world to see how innovation impacts different cultures. “Globalization is happening fast. The next five years are going to change much faster than the last 30 years. There is a lot of work to be done to prepare the next generations of Gallogly College graduates for their future of work. I want to be a part of that journey.”

Pro-tip: “You have a story to share with the world about your impact, and inspiring others is a gift.” 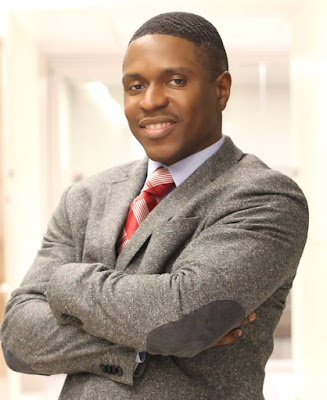 Rory Victor is originally from Houston, Texas and earned his bachelor and master degrees in civil engineering in 2007 and 2009. In 2003, while participating in OU homecoming festivities, he met his soon-to-be wife, Courtnie. He claims the experience was “evidently life-changing.”

Victor is a member of the advisory board for the School of Civil Engineering and Environmental Science, Holmes Engineering Program mentor, CEES scholarship donor, an ExxonMobil corporate recruiter, Houston-area high school recruiter, and supporter of the Gallogly College Diversity & Inclusion Program and Gallogly Hall.

Victor also is active in his community, supporting Houston CARES as a board member, Wheeler Avenue Baptist Church Community Enrichment Ministry, ExxonMobil Cycle Club and the OU Houston Black Alumni Association Planning Committee. He enjoys exercising, participating and spectating on just about any sporting events, traveling, spending time with friends, family, his 3-year-old son, learning something new and being around good people. He looks forward to building his legacy through philanthropy and serving in an ongoing advisory role to the university to build strategic relationships that can benefit his corporation and OU. 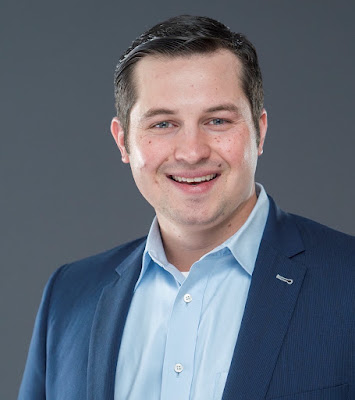 John Woodson is originally from Lawton, Oklahoma and earned a degree in chemical engineering in 2010. As a student, he was active in Engineers' Club and other leadership groups. He feels that the relationships made in those organizations are what made his experience so rich.

As an alum, Woodson serves on the board for both the School of Chemical, Biological, and Materials Engineering and the Gallogly College of Engineering. He is also a member of the Loyal Knights of Old Trusty and the Felgar Society. He attributes the many opportunities for growth and development that he received as a student for what motivated him to remain an engaged and passionate alum.

Woodson is active with the United Way, Deloitte Impact Day and Antioch Church in Brighton, Massachusetts. In his free time, he enjoys hiking and long backpacking trips. He enjoys living in Boston and the opportunities to spend the weekends skiing and sailing. He also travels regularly and just returned from a trip to Iceland and Sweden. Woodson wants to continue to stay close to Gallogly College so he can identify how to best serve the students and broader community. Given the rapid pace of change, he hopes that he can be a resource to students about future trends and areas where their impact can be the greatest.

Pro-tip: “Even the smallest donation of money or time makes a difference in the lives of the students.” 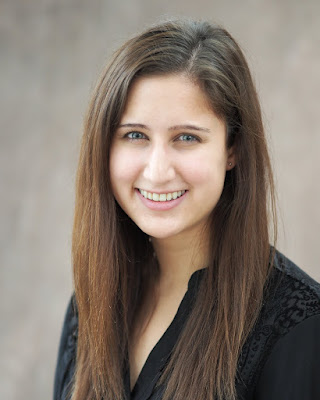 Sarah Yung is originally from Dallas, Texas and earned her degree in industrial and systems engineering in 2014. Her fondest memory of OU is hanging out with all of her friends in the ISE team room between classes. “We spent so much time there that it almost felt like an extension of our apartments.”

Yung is the co-chair of the OU Young Engineering Alumni Society and actively helped launch the initiative to support young professional engineers. She also is an advocate and supporter for ISE, Women in Engineering and the Felgar Society. “I was blessed to have a family that supported me attending OU and instilled the value of generosity. I look forward to what OU can bring to future generations to come.”

Yung supports her community through United Way and is active with the Clifton's Strength Finders community of coaches and leaders. In her free time she enjoys painting, dancing and watching the Sooners win! She looks forward to growing in her commitment to OU and becoming more involved with the university in the future.

Pro-tip: “Whether you give your time, talent, or treasure to OU, staying connected to the university is one way that keeps the academic fire lit.”

Pursuit of Excellence Class of 2020

OU Young Engineering Alumni
You are an important member of the Sooner family, an alum. OU Engineers are a close network. And just because your address changed, your place in OU Engineering remains. The people you met and the things you were involved in are still important and will take you far. Let’s stay connected as young alumni and continue to show the world how Sooner Engineers pursue excellence.